5 LGBTQ+ Southeast Asians You Should Know

June 28th, 1969 is recognized as the night of the Stonewall Riots. It marked a culmination of uprisings in response to police harassment and brutality. During this year's pride month, we asked LGBTQIA+ Southeast Asian creatives and activists what was on their minds, how we can support them, and what actions to take to help their community. 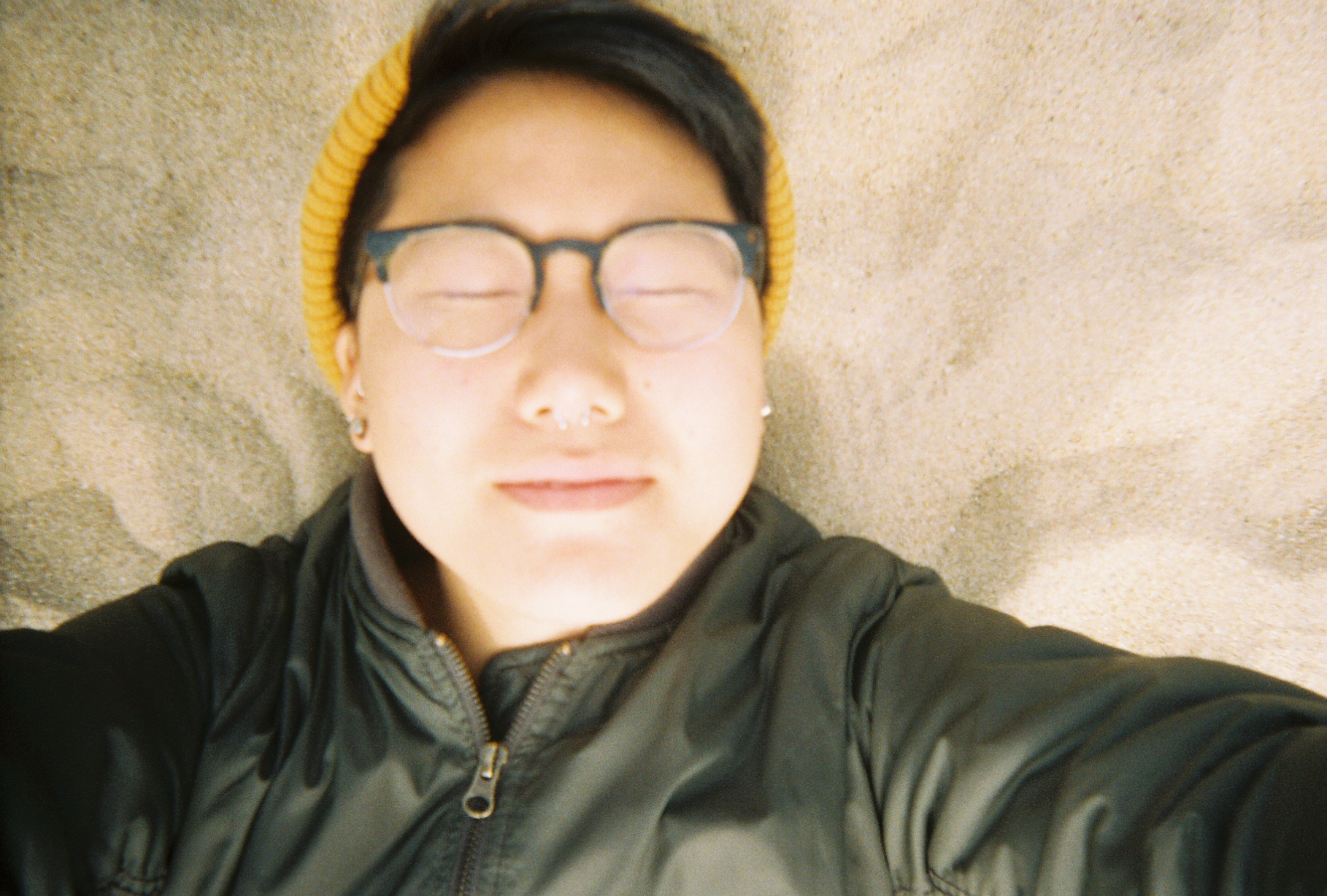 I have been reminded of the ways my ancestors & my communities are impacted... for example, the US trans & queer community was devastated by the AIDS pandemic in the 80's and 90's. This was intentional. The US government could have done much more to prevent and treat this disease. Instead, they wanted to let people from my communities die, especially trans women and gay men. Many people from the trans and queer community advocated and organized for better treatment; I recently learned about the Asian/Pacific AIDS Coalition. AIDS interrupted trans & queer intergenerational knowledge, as well as murdered many of our prospective elders. This hurts more-so when I think of the intergenerational knowledge and elders I have also lost due to war, immigration, and relocation. I see this pandemic hitting trans people of color hardest again because of the rollback on protections for trans individuals in healthcare as well as not making mandatory healthcare translations into non-English languages... on top of all of the gruesome violence and murders of Black trans people by the state & by individuals.

This pandemic and the movement demanding Justice for George Floyd also allowed us to form complex and responsive systems of mutual aid and care and imagine a world outside of a militarized police state (which is directly tied to imperialism & war), capitalism & white supremacy. I am extremely scared and sad, sometimes I find joy and pride in my communities. However, I won't stop fighting and divesting from whiteness, heteronormativity, and capitalism.

Describe your art and what influences your work.

My art is vibrantly colorful and boldly lined. I enjoy drawing people and animals the most, re-creating and re-imagining new and ancient worlds that I would be so proud to inhabit. More concretely, my work is derived from radical thinkers and writers, Neopets, 90's and early 00's anime and cartoons, my cultures, and illustrious illustrators of color. 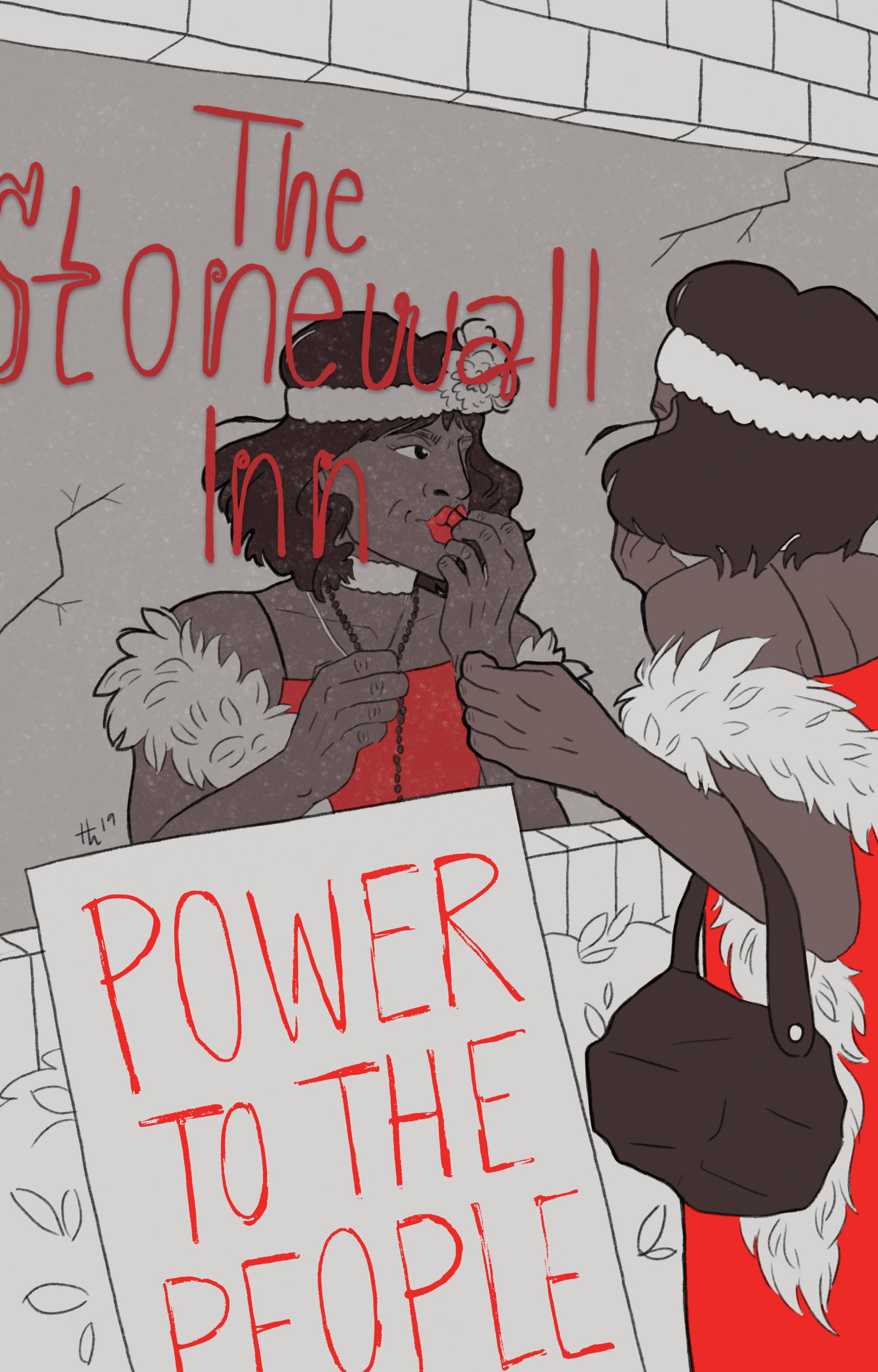 “In honor of Marsha P. Johnson and the Stonewall queens," Illustration by Tori Hong,
Originally published in the June 2019 issue of Twin Cities Pride Magazine

I know that I am not a stereotypical cis Hmong woman. I am mixed Korean and look like it. I am queer, and I am Americanized. Since a young age, I have felt sadness because I will always claim Hmongness, but Hmong people do not always claim me. It is my hope that I create more spaciousness within the Hmong identity, and if I need to re-define Hmongness for myself I will do so too. Ua tsaug & 감사합니다 to everyone who has made me feel enough. 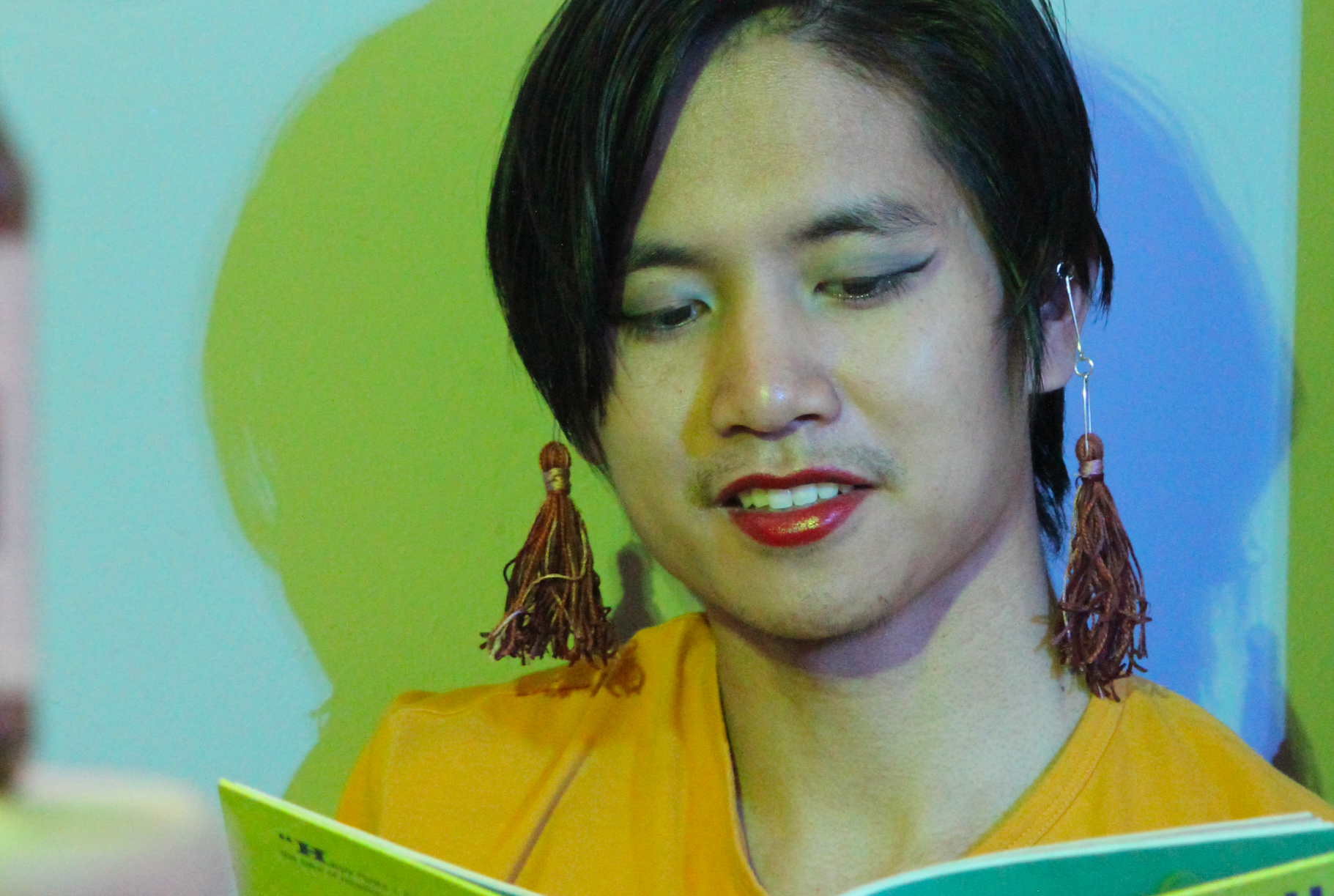 Organizations that Vo recommends supporting and getting to know. 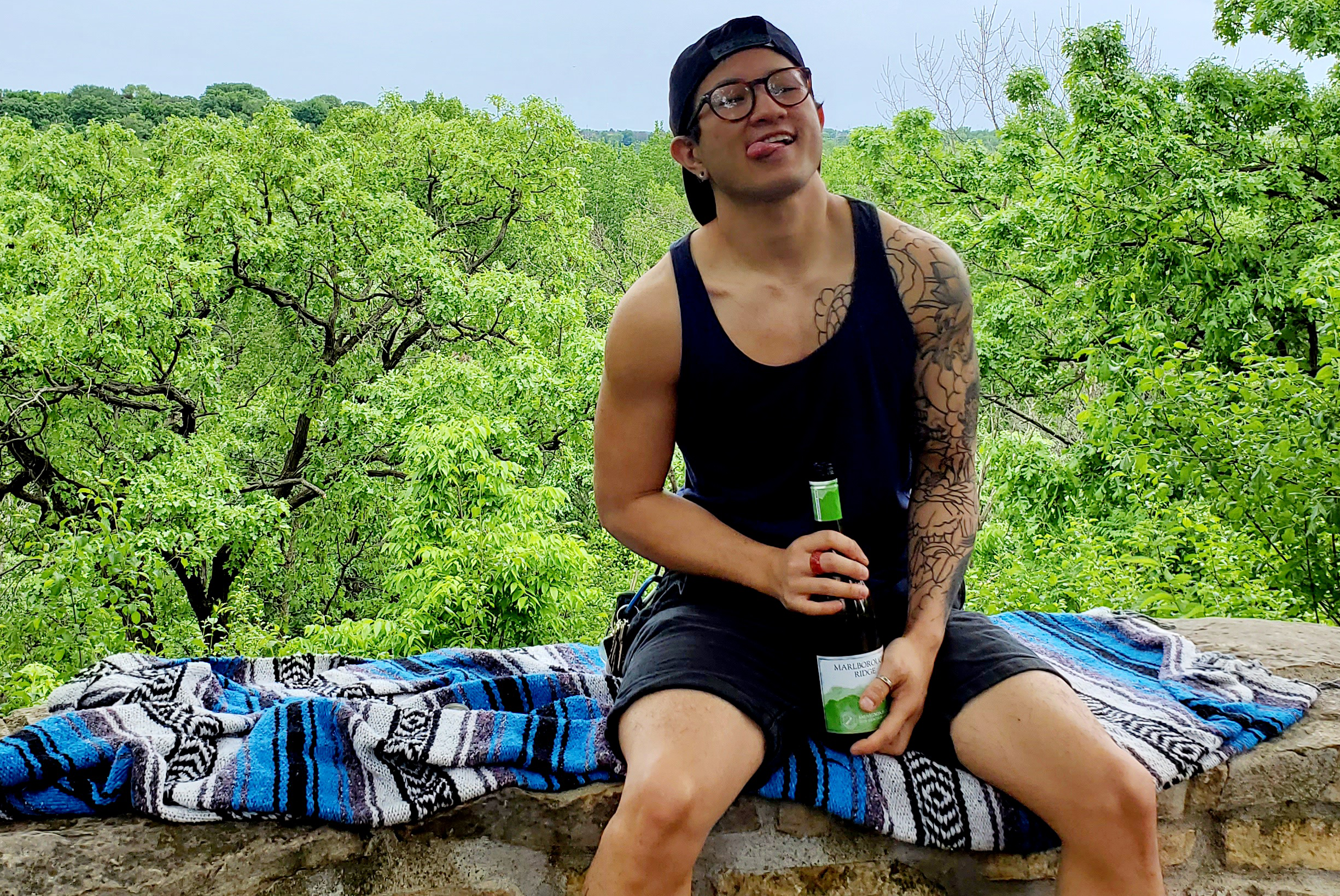 If it was one thing my ancestors taught me as a brown 2nd gen Vietnamese queer transman, it was how to be a protector.
Our histories are displaced as much as our bodies - Smeared across a sea of whiteness and their riches -
Our people always found their way home.

The Vietnamese refugee experience lives in my parents veins - passed onto mine -
Just as my Black and Brown Trans ancestors and elders that led the Stonewall Riot - passed theirs -
They too, know all to well about displacement -
A product of pain and rage - histories of communities Amerikkka continues to try to erase

There’s nothing stopping us - We learned it from our ancestors.

Building a better world means reclaiming what was torn away from my ancestors. 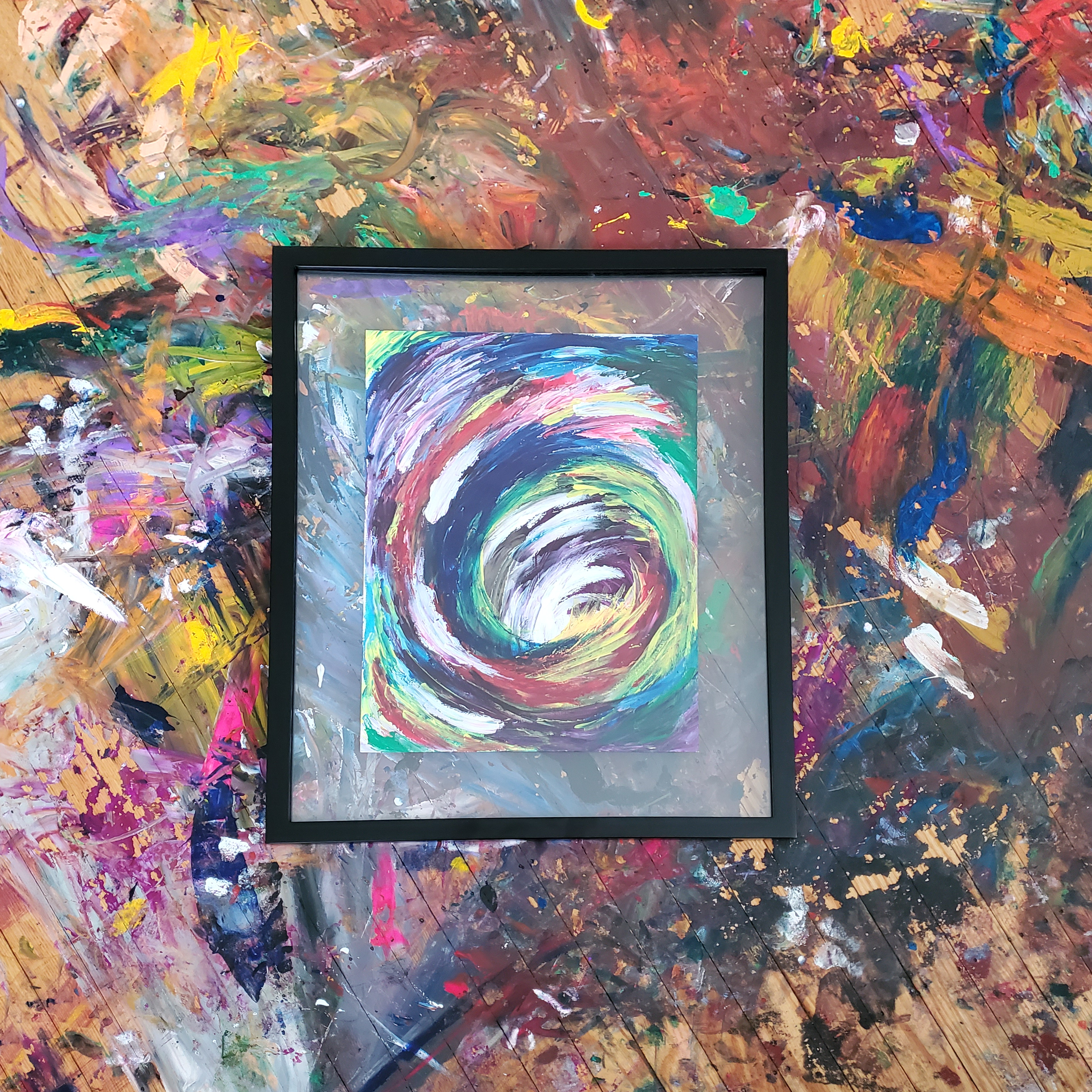 "Generations" by Hayden Bui. Image courtesy of the artist.

I am a painter, sculptor, National Honors Society member, and full-time student at the University of Minnesota. Will you support my education? Your donation helps me become a future ancestor through expressing my creativity, sharing my stories, and showing people freedom outside of capitalism and white supremacy.
Venmo: @Only_Keep

Support and protect trans/queer Native, Black, and Brown communities, their elders, and their youth.

In times like these, this is when community is most needed. We should be supporting those that are hurting the most. We must set aside our differences and unite in solidarity with folks of color outside of our ethnicities and our races. We must not only stand for Black and Brown trans lives, we must stand with them. We must remember to not center one voice when there are many others that are silenced. 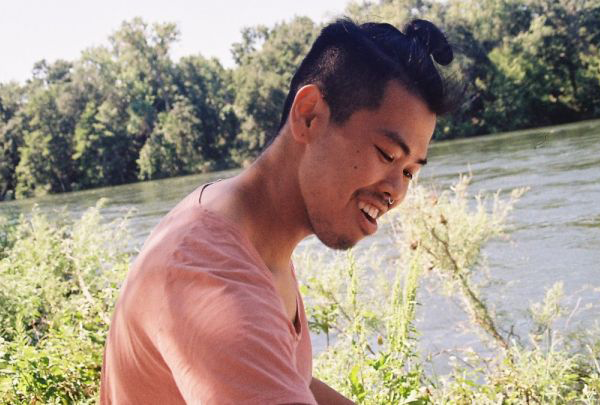 Read more about the incident Fansofa had with the Sacramento Police Department. (Content warning: Violence against Southeast Asians and police brutality.)

Organizations they recommend supporting and getting to know. 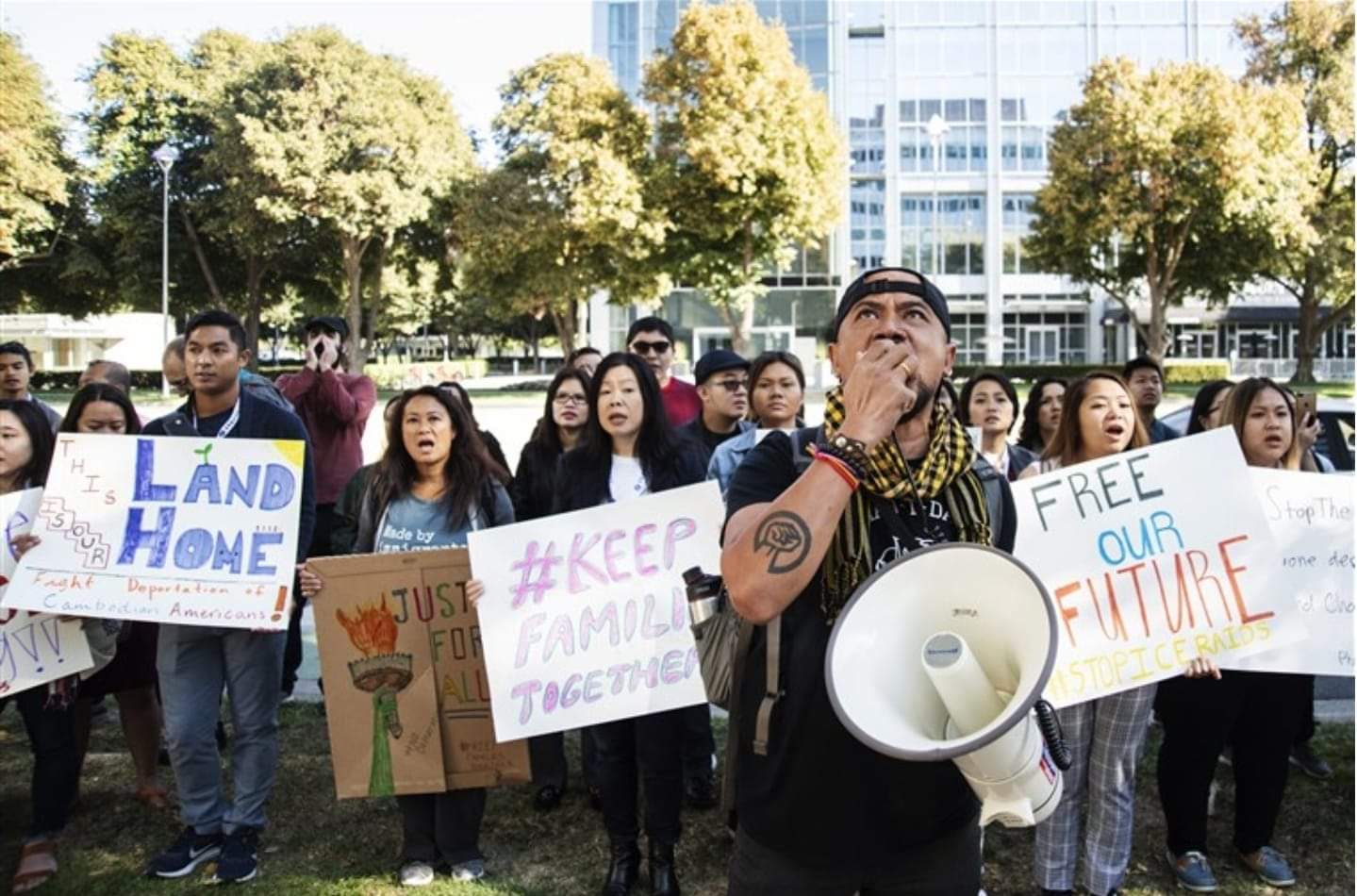 We are in a perfectly terrible storm here in the United States. We are surviving through a global pandemic that’s already claimed over 100,000 lives and counting. We are watching white nationalist fascism boldly rise to power in the White House and in the streets. We are witnessing a righteous uprising for Black lives. We are at the beginning of the fall of American racial capitalism. The deadly contradictions of this American democracy built on slave labor and indigenous genocide is laid bare for all of us and the world to see. I can see a new world on the horizon and I am so very excited!

Describe your creative outlet and what influences your work.

I love and enjoy cartooning and lettering. But I would say that my real craft is in movement building. I enjoy making connections and creating brave spaces for people to find connections for meaningful community. But we can’t stop there. The energy we create together must be transformed into power to fuel a movement for the freedom of all people, for a world without borders, war, police, and prisons.

Work on undoing your anti-Black racism and those around you, become an accomplice, and join the fight for Black lives.

Work on undoing your anti-Black racism and those around you, become an accomplice, and join the fight for Black lives.

What's a story you can share about yourself that people should know?

As a child, I was teased very often for the birthmark on my left elbow. On one particularly rough day, my mother held me close and shared with me dreams she remembered from the refugee camp where I was born. One night, an elephant came to her and asked to be reincarnated, it asked for another chance at life. It was caught in the crossfire between soldiers in the jungle, the elephant told her. My mother noticed a deep wound in its front left leg before she woke up. A few weeks later, she became pregnant with me in Khao I Dang. When I was born and she saw the rough, hairy patch of dark skin on my arm, my mother knew one day, she’d need to tell me about the elephant.