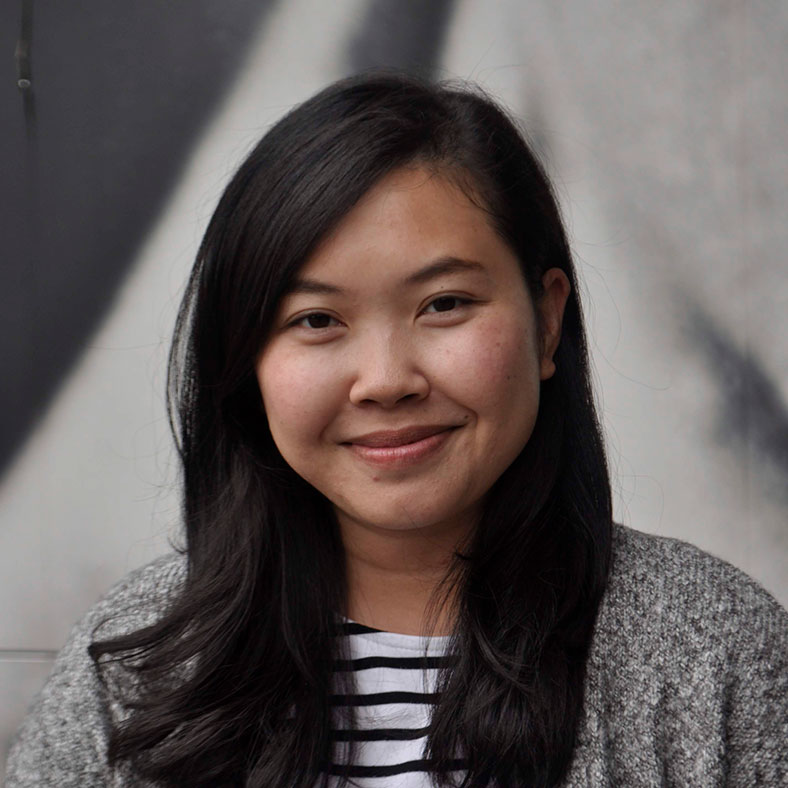 Read more
Chanida Phaengdara Potter (she/her/hers) is a Lao American 1.5 refugee, equity advocate, community strategist, storyteller and mother. She’s the founding editor of Little Laos on the Prairie and founding executive director of The SEAD Project. Born in a labor camp in Viengxai, Laos; Chanida found her permanent home in Minneapolis. She has worked 15 years in the nonprofit field on public affairs, community development and human rights advocacy. She has a Bachelor's in Global Studies and Media Studies from University of Minnesota (Twin Cities) and a Master's in Public Administration from Hamline University. Chanida's work has been featured on Twin Cities Daily Planet, Asian American Press, The Uptake, Minnesota Public Radio, MinnPost, Star Tribune, Pioneer Press, Voice of America; among others. She served on the board for the award-winning citizen journalism organization, Twin Cities Media Alliance and currently serves as advisory board member for Legacies of War. 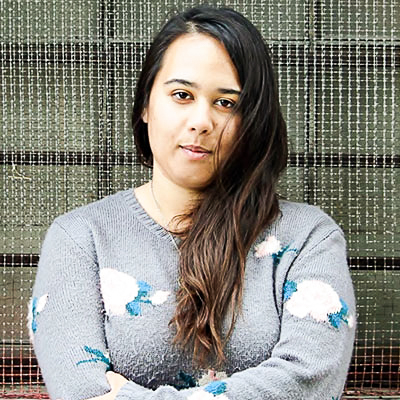 Read more
Jessica Eckerstorfer (siya, she, hers) is a 2nd generation, Filipina-American who grew up all over the Midwest, but settled in Minneapolis in 2012. She is a strong feminist, who believes in the intersectionality of social justice and the necessity of empathetic creativity. In addition, she is the Co-Founder and Artistic Community Director of Paranoid Tree Press. Her background is solidly based in arts nonprofit programming. She has dual Bachelor's degrees in English and philosophy with a focus of civic life and engagement from the University of Minnesota, Twin Cities and a Master's of Fine Arts in Creative Writing, Fiction from Columbia College Chicago. She is a two time recipient of the Albert P. Weisman Award, and her work can be found in The Ivory Tower, Pilcrow & Dagger, and Paper Darts Lit + Art Magazine. 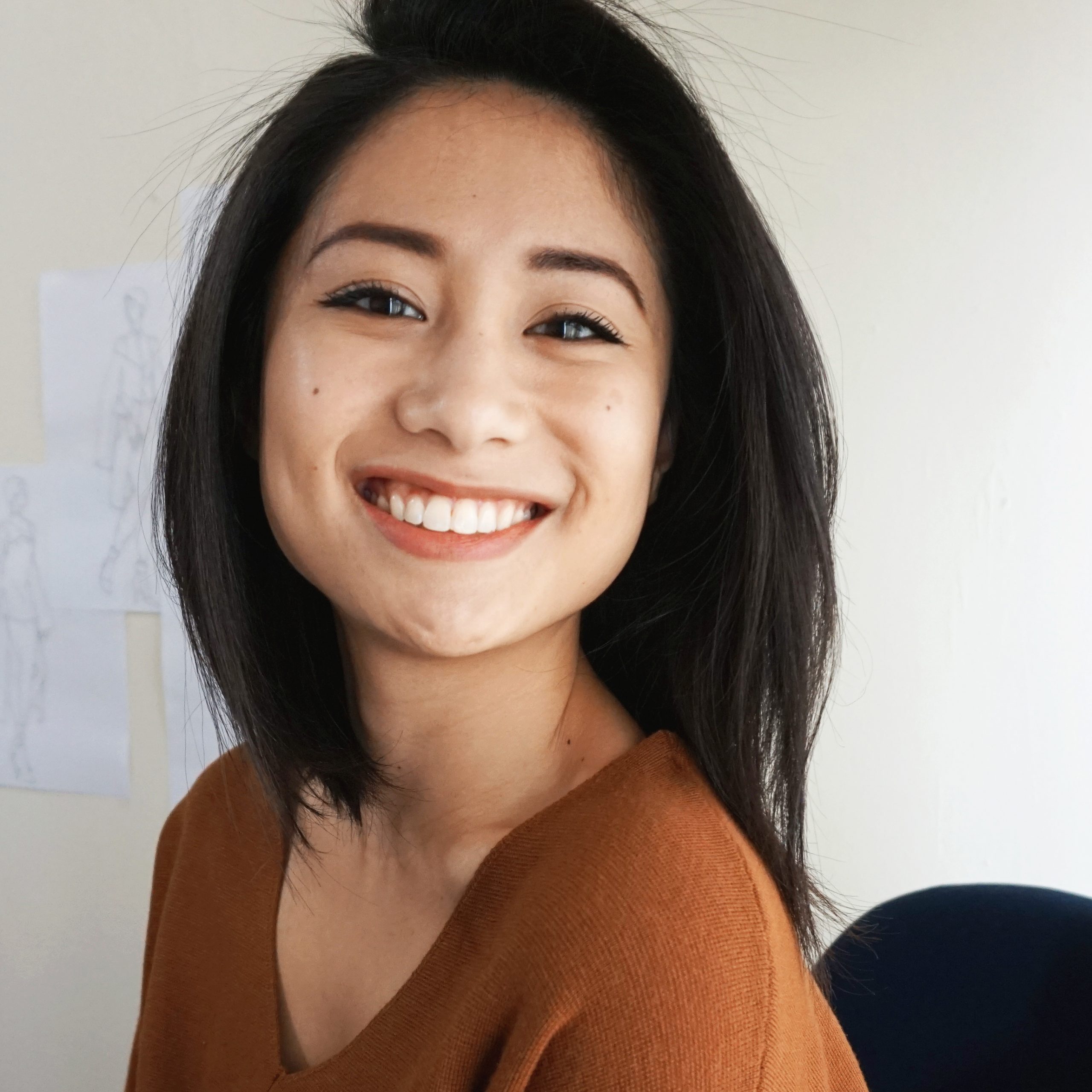 Read more
Charmaine (siya, they, she) is a 1.5 generation Filipino in the northwest suburbs of Chicago. Dedicated to nurturing an interdependent relationship between social justice work, cultural work, and their art, they align themselves with Toni Cade Bambara's concept of the artist—one who aids the revolution by making it irresistible. They are a founding member of a Chicago-based experimental creative collective called commonfolk. Charmaine has dedicated years of design work for various non-profit and grassroots organizations and programs throughout Chicago and the suburbs. They are an interdisciplinary artist who illustrates, designs graphics and physical products, and dabbles with spatial curation, fashion styling, events, and music. 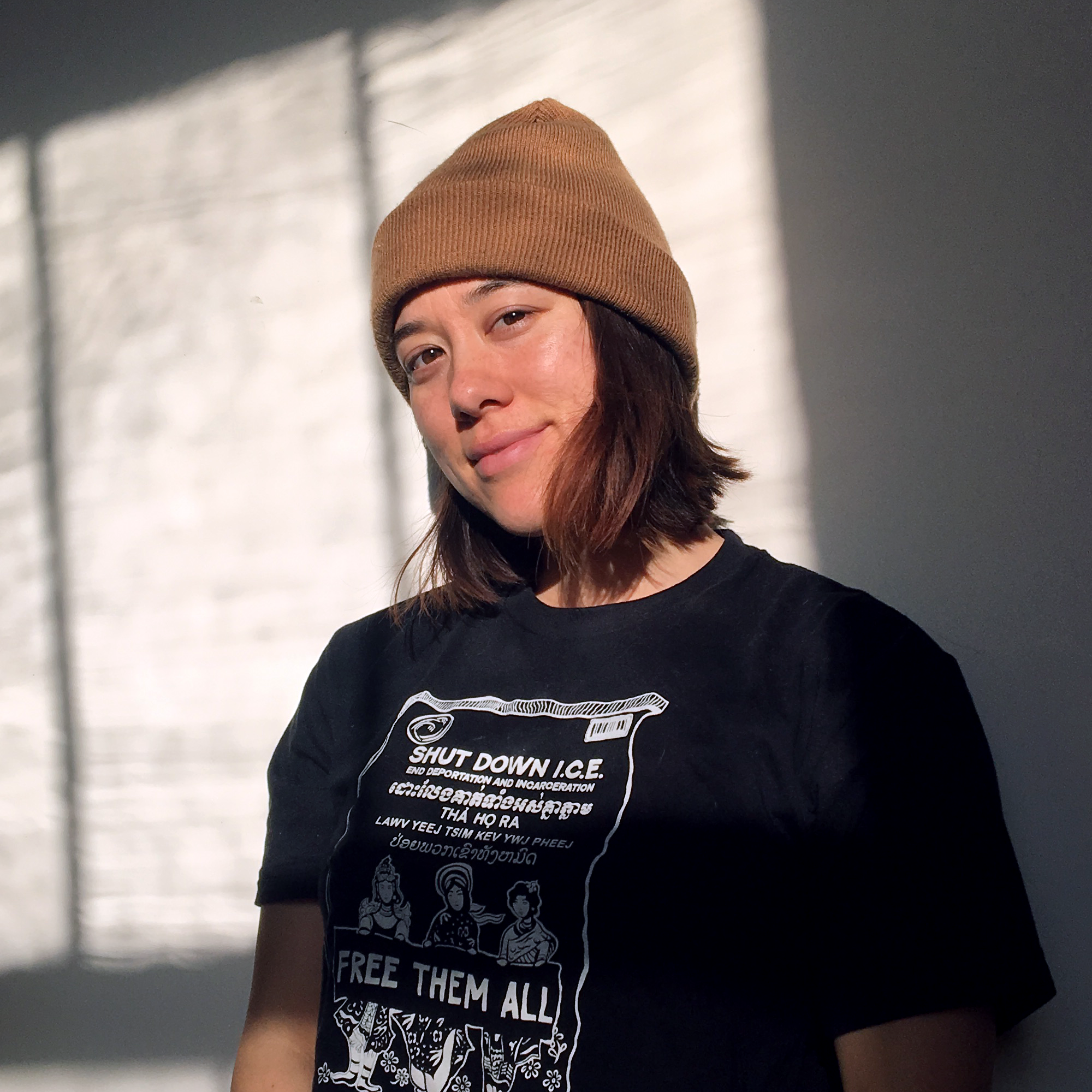 Read more
Kat Eng is a second-generation Khmer filmmaker, multimedia artist, and organizer. She uses visual storytelling to support Southeast Asian communities in efforts ranging from labor issues and land struggles to fighting deportation. Her work has been featured in Al Jazeera America, Democracy Now!, and The Cambodia Daily. 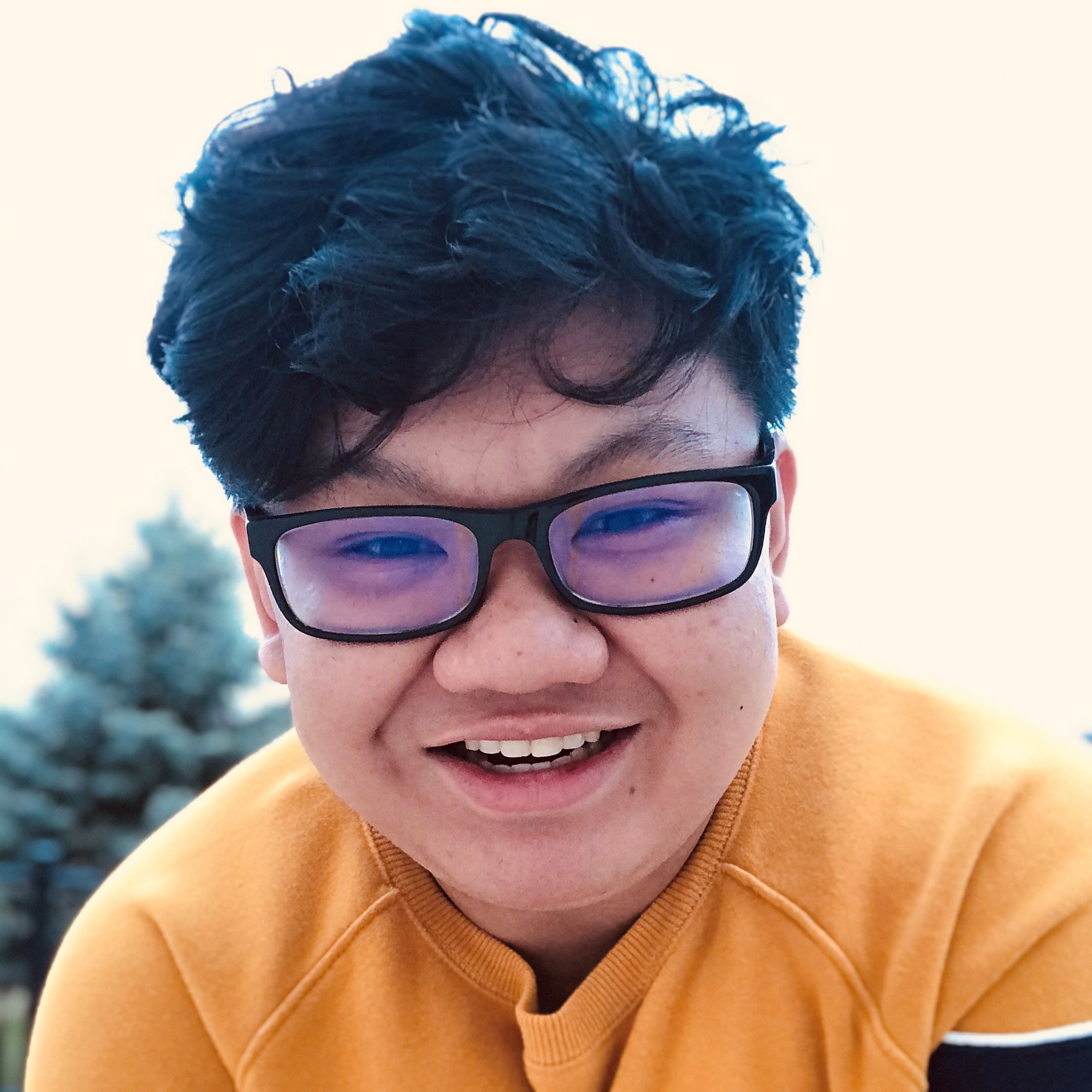 Read more
Anthony (he/him/his) the son of Cambodian immigrants, happily born and raised in Minnesota, is now based in the Twin Cities. He is a current first generation college student at Hamline University in Saint Paul, where he is majoring in Public Health and Legal Studies. In his undergraduate career, he has chartered and is currently leading numerous of student organizations such as the First Generation Scholars, an empowering student organization for First-Gen Students, where he currently leads as President. He is also a Student Leader for Feed Your Brain, a food justice and food soverignty campaign that seeks to uproot and disrupt systems that are unsustainable. Anthony lives by a firm belief that adovcacy is an exercise of empathy and therefore, we must practice it daily. He hopes to foster radical, equitable, and sustainable changes to our current broken and oppressive system through adovcacy, creativity and the empowerment of communities. In his role, he looks foward to supporting, uplifting, and empowering community through assisting and furthering the mission of the SEAD Project. In his free time, he enjoys dancing, watching cute videos of pugs, cooking, and exploring new places, meeting new people and finding new things. 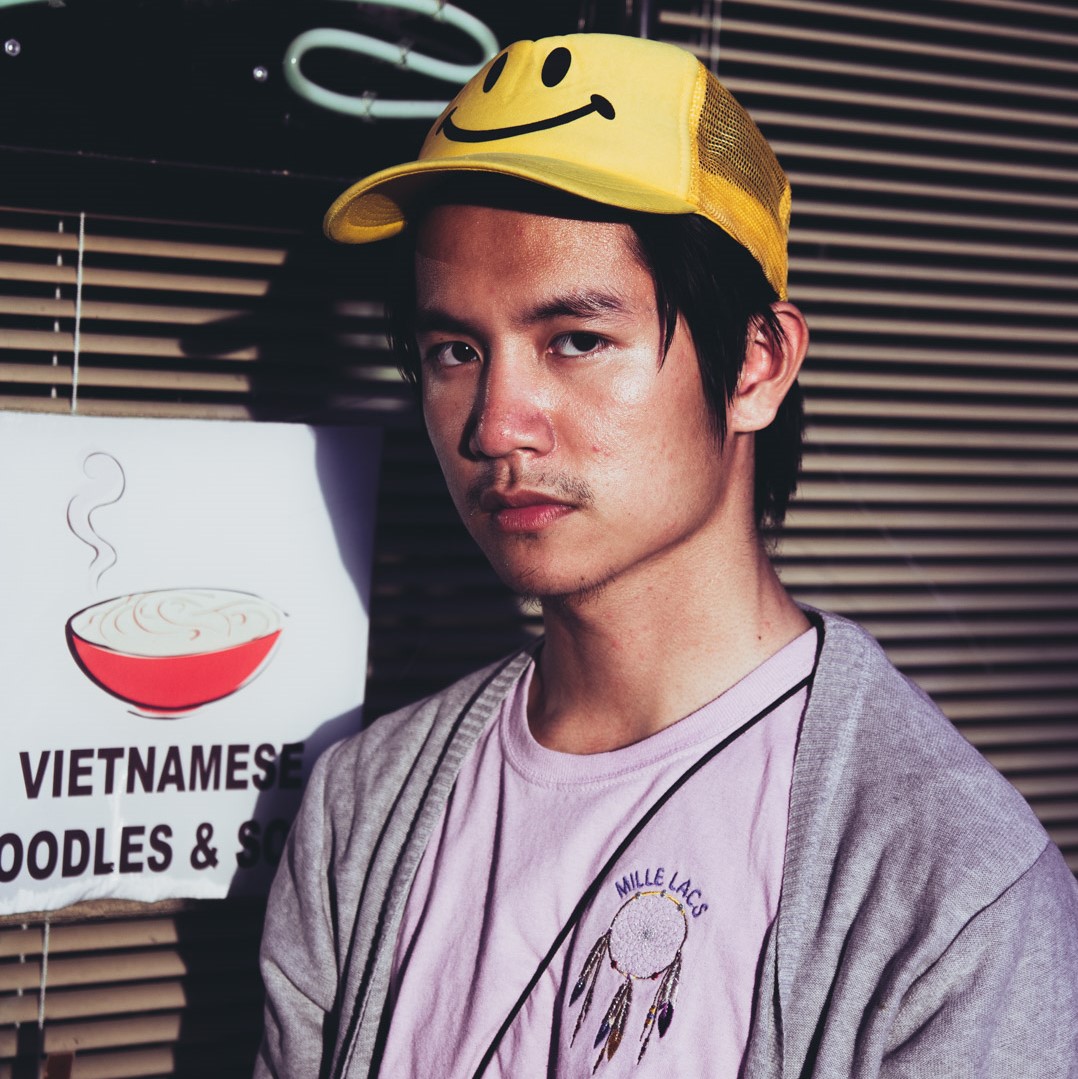 Read more
Tri (he/she/they) has provided enthusiastic labor for many BIPoC led small businesses, mission-led orgs, and political initiatives almost as long as he's had a driver's license, which itself wasn't until he started internships at 21 years old. Tri counts themselves among the new generation of baby Leftists trying to share the gospel of building strong communities beyond our profit-driven economies. Tri loves punk music, craft beer, a good piece of children's literature, and building up his new Leftist, APIDA, Midwest region focused podcast, GLAMMUMP. You can learn more about Tri through her podcast at facebook.com/GLAMMUMP. 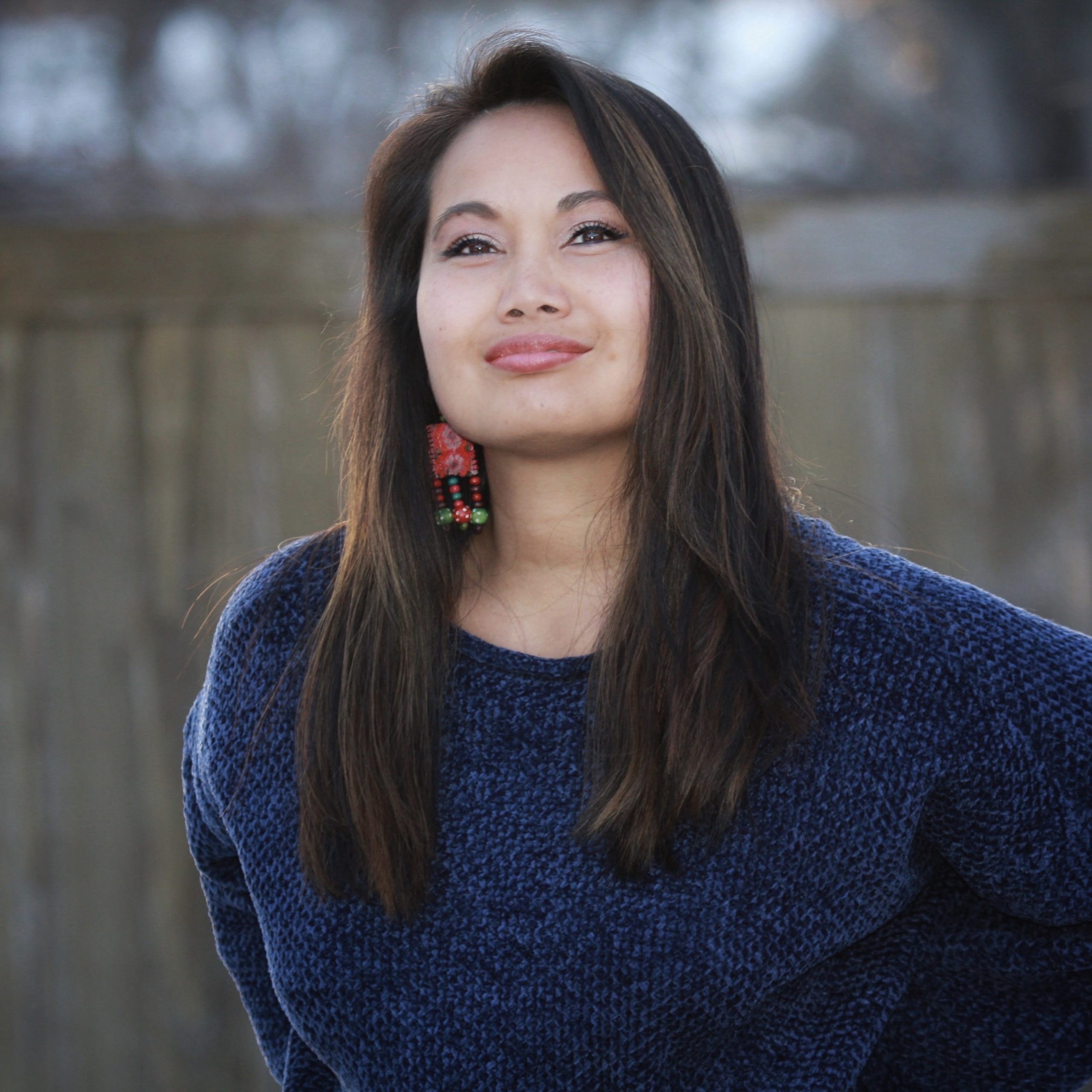 Read More
Kaysone Syonesa (she/her/hers) is a 1.5 generation Lao American who is one of the first Lao refugees to hold a BA in Theatre Arts from the University of Minnesota. She was born in the Salavan Province of Laos and has heritage from Laos and Vietnam. She has many years working alongside communities of color as an individual artist and with organizations at the local, national, and international level. She brings a multitude of talent from the private, nonprofit, education, and government sectors. Her unique background and multidisciplinary experiences include community development & engagement, strategic partnerships & funding, systems change, facilitative leadership, diversity & inclusion, racial equity, advocacy, social services, program management, and youth engagement. She is a performance storyteller at her core, and flourishes at interconnecting creativity and community to continuously approach her work with an artistic and justice lens. 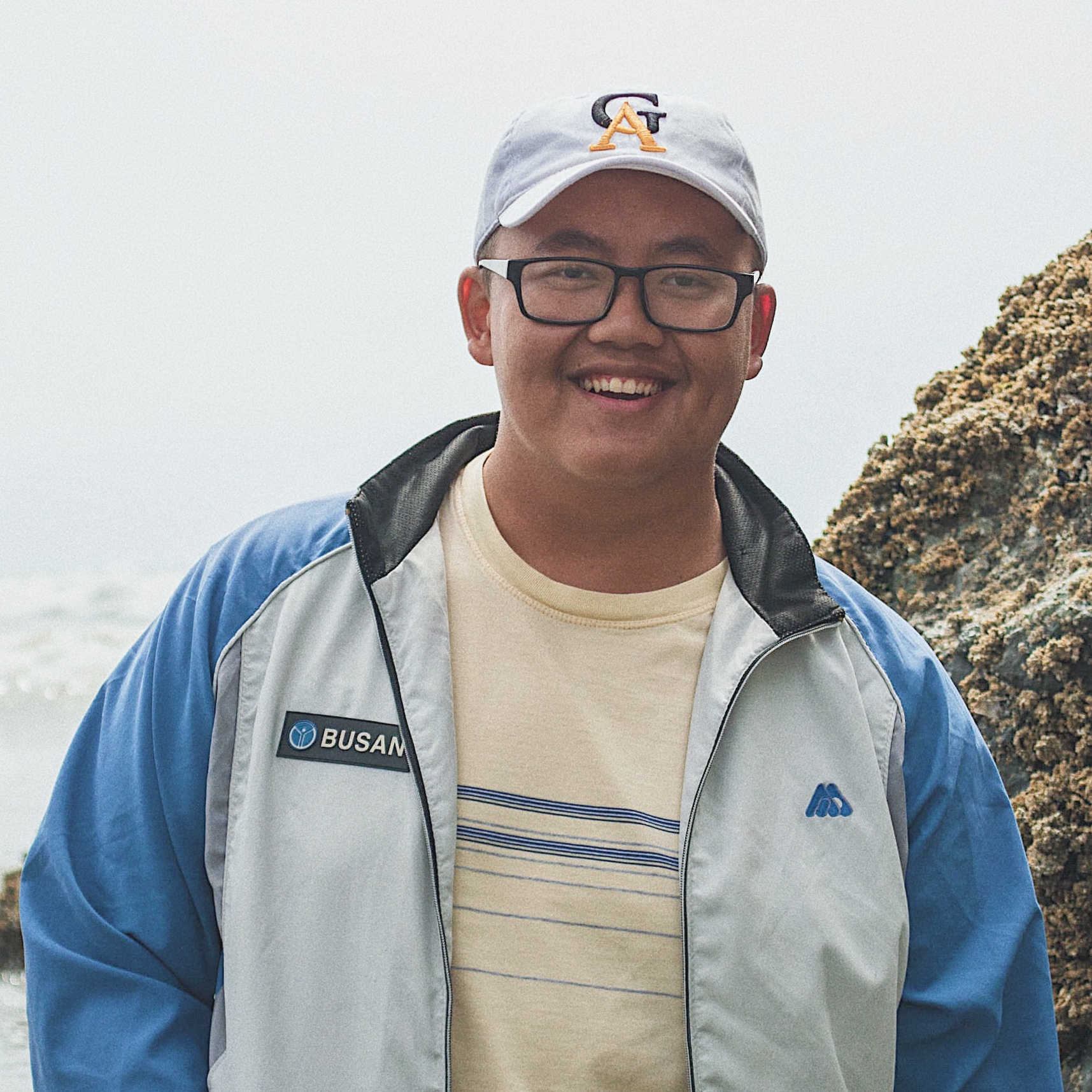 Read more
Quincy (he/him/his) is a second generation Hmong American born and raised in Saint Paul, but calls the Twin Cities his home. Quincy firmly believes that as part of the Southeast Asian diaspora, we embody old roots filled with ancestral knowledge and wisdom dating back millennia and that our voices, expertise, and leadership are vital in addressing the issues of our time. Quincy has advocated for social justice through grassroots organizing and policy advocacy that largely focused on climate justice, immigrant rights, and public diplomacy. He recently graduated with a B.A. in Geography and has worked towards transformative justice in the government and nonprofit sector on local, national and international levels. At SEAD, Quincy looks forward to working at the nexus of cultural organizing, political education, and just storytelling to amplify the voices and visions of the Southeast Asian diaspora. 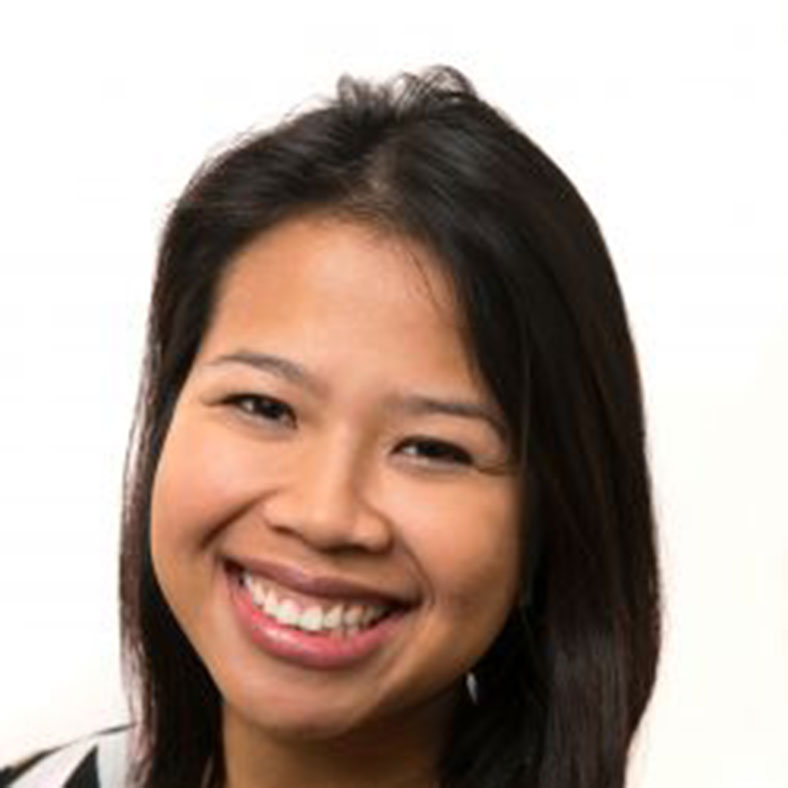 Read more
Saroeun Earm currently serves as a Board of Directors on the Southeast Asia Diaspora (SEAD) Project and Aeon, an organization that works on making homes affordable. She works in the field of philanthropy in the Twin Cities. Saroeun has a wealth of experience focusing on social and economic justice for marginalized communities locally, nationally, and internationally. She holds a Master’s degree in international relations and economics from Johns Hopkins University School of Advanced International Studies and a BA in sociology from St. Olaf College. 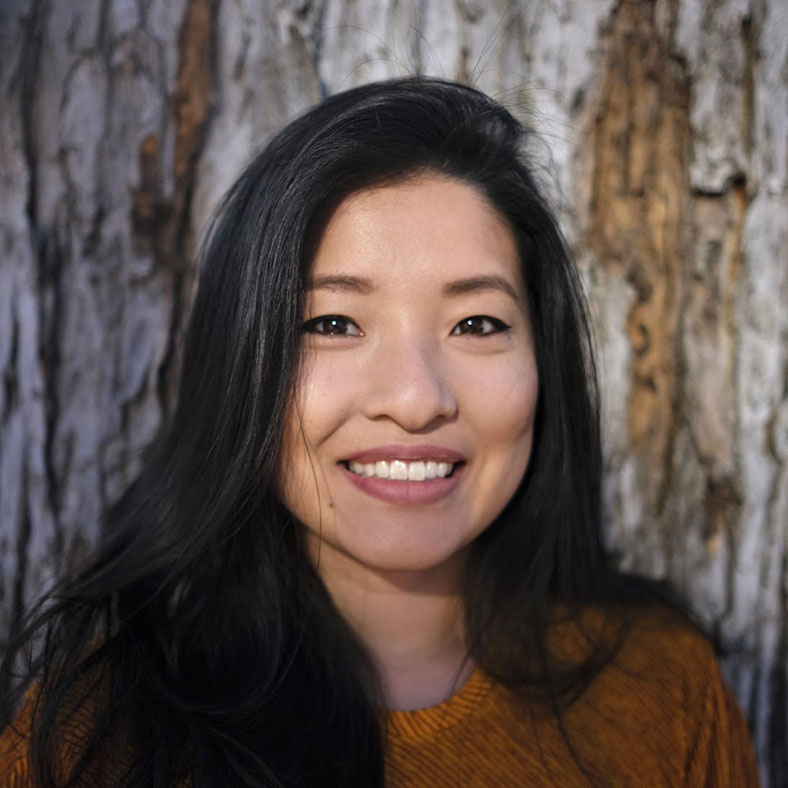 Read more
Maishia Yang is a Hmong-American daughter, sister, and wife currently residing in Minneapolis. As a natural Project Manager, if she's not planning or trying to get things done, she enjoys meeting people at coffee shops, doing simple yoga and spending time with my puppy, Leo. She also loves traveling, venturing out, and enjoying new eats while learning about different cultures. 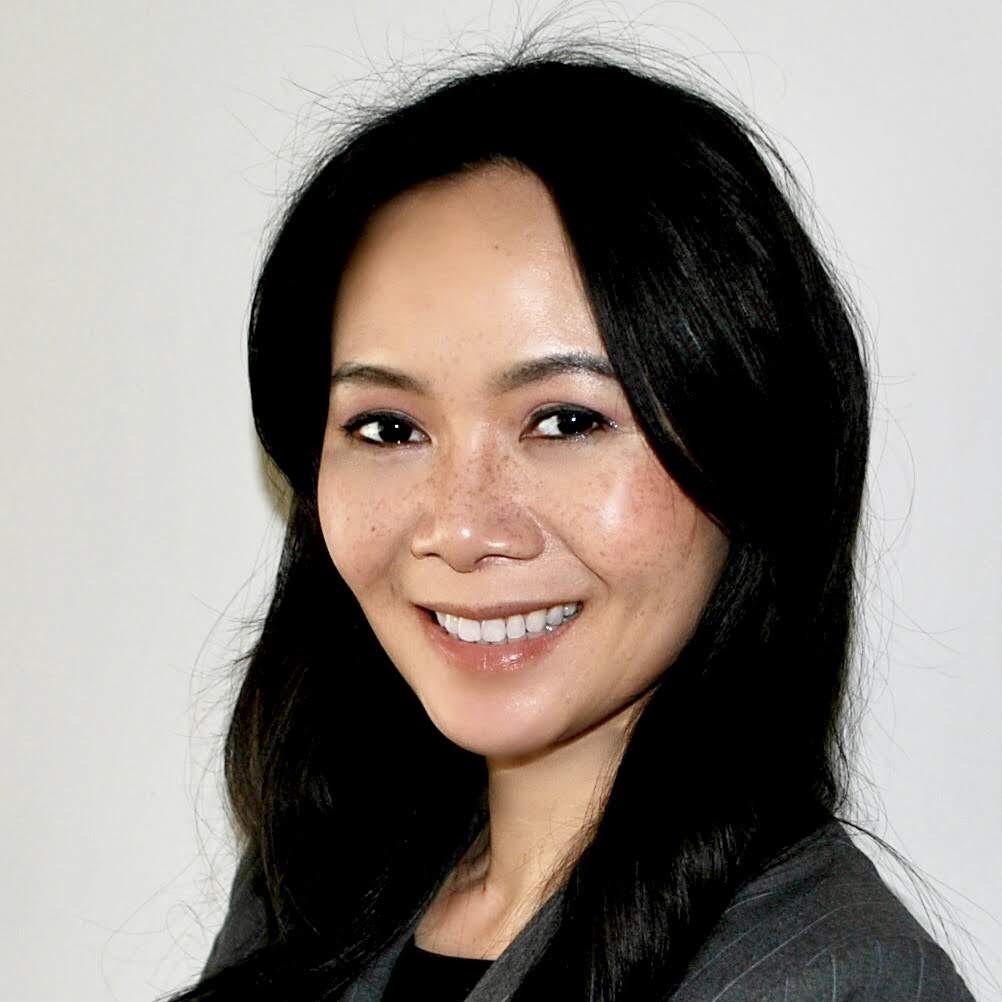 Read more
Soua is an American and immigrant who came to the US with her family 25 yrs ago. During this time, Minnesota became her home. More specifically she lived with her parents and siblings on the Northside of Minneapolis where she attended the district’s schools and local university. Growing up in a diverse city, she didn’t see the same cultural vibrancy reflected in mainstream society, and later understood as an adult the implications of a lack of representation. As she joins the SEAD project in the capacity of a board member, she is passionate about disrupting that and shaping a world more just for the next generations. Soua holds a bachelor’s in Management Information Systems from the Carlson school of Management at the University of Minnesota. She is a seasoned consultant in Information Systems for Fortune 500s and now resides in Brooklyn Park, MN with her husband and children.

Read more
Mai Hong grew up in California, but has made her way to Chicago for the last 10 years. In the past, she served as director of a Vietnamese non-profit and a Vietnamese film festival in Southern California. Her background is in health care and startups, so she loves working on new ideas and building brand new things. In my spare time, she likes to cook and eat, and pre-COVID, she enjoyed traveling as well. 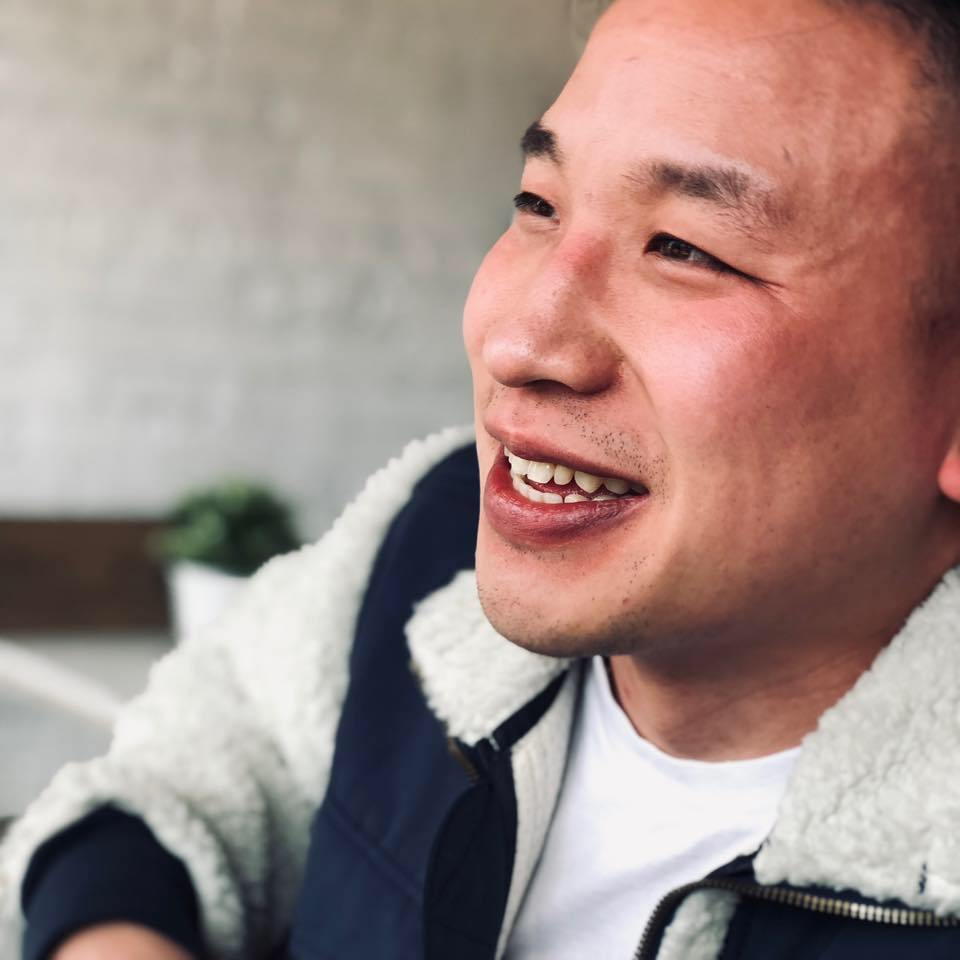 Read more
Eric is one of four children of Vietnamese refugees who met in 1977 in Spokane, Washington. He grew up bouncing around the country but moved to Minnesota over 20 years ago. He knows that he won’t be a perfect board member, but he hopes to help the community as much as he can. He is currently in St. Paul and working in development at a fundraising nonprofit here in the Twin Cities. He has a B.S. in Community & Nonprofit Leadership & a Master’s in Public Affairs.